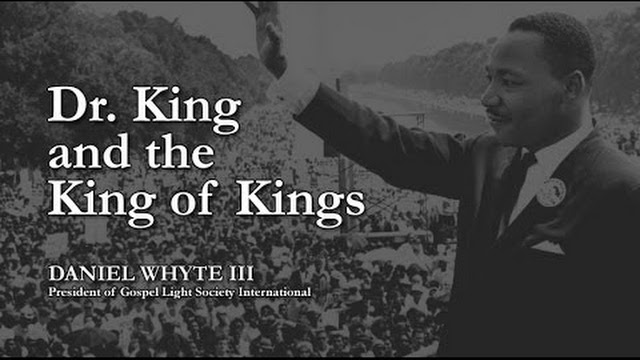 1 Timothy 6:13-16: “I give thee charge in the sight of God, who quickeneth all things, and before Christ Jesus, who before Pontius Pilate witnessed a good confession; That thou keep this commandment without spot, unrebukable, until the appearing of our Lord Jesus Christ: Which in his times he shall shew, who is the blessed and only Potentate, the King of kings, and Lord of lords; Who only hath immortality, dwelling in the light which no man can approach unto; whom no man hath seen, nor can see: to whom be honour and power everlasting. Amen.”

Revelation 19:16: “And he hath on his vesture and on his thigh a name written, King Of Kings, And Lord Of Lords.”

This message is important to me because I came to faith in Jesus Christ through the efforts of a white, independent Baptist church in Ocean Springs, Mississippi, that for many years did not accept black members, but in the late ‘70s was led to start a black church while I was in the Air Force and stationed at Kessler Air Force Base in Biloxi, Mississippi, at the age of nineteen. As I interacted with the leaders and members of that church, and even the pastor of the black church plant, I heard some negative things about Dr. Martin Luther King Jr. that I had never heard before. Some people tried to discredit him by suggesting that he was not a true minister of the Gospel, and even that he did not have a genuine relationship with the Lord Jesus Christ. They viewed him as just a mere social worker, with some even claiming that he was a Communist. Even some of the blacks in that young church did not think too highly of Dr. King.